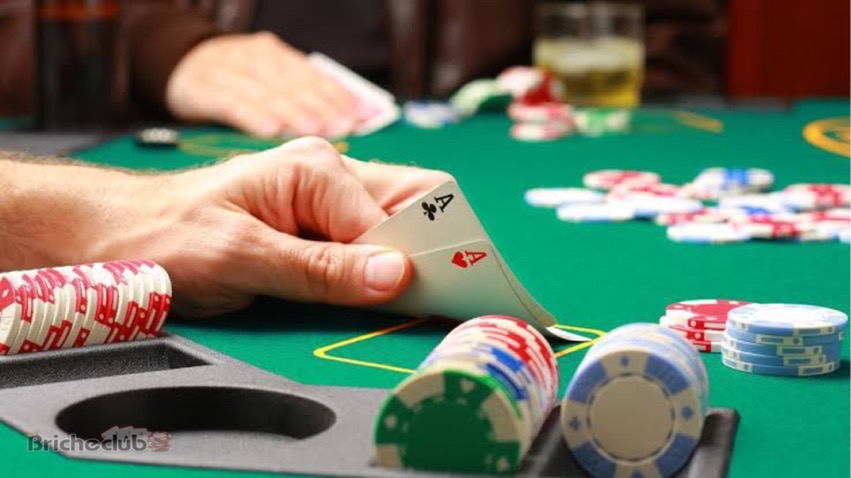 Playing heads-up is the closest you’ll ever get to feeling like you’re playing Russian roulette with Christopher Walken in The Deer Hunter. There might not be a gun to your head, but going toe to toe at the poker table is a high pressure situation.

And if you can’t conquer this aspect of the game then there’s no chance that you’ll be able to pull off your dream win, like American Chris Moneymaker.

Moneymaker busted opposition out through a number of online satellite tournaments on his way to winning the World Series of Poker Main Event in Las Vegas in 2003, scooping $3.6 million when he knocked out his last opponent on the final table. Neither Moneymaker nor this year’s winner, Australian Joe Hachem, had played in major US tournaments before but both proved that as well as playing the cards they were skilled at bullying an opponent in single combat.

Heads-up is much like a game of chicken – you don’t need the fastest car or, in this case, the best hand. The nerves to stay on target and not deviate from the line once the pedal has hit the metal are far more important qualities. This kamikaze attitude could get you into trouble if you crash your Route 66 racer into a King Kong pick-up truck, but without it you may as well walk away from the poker table before you even lay down your first blind.

The most important thing to remember is that you don’t need the best hand to win; it doesn’t matter what cards you get dealt if the circumstances are right. Sometimes you’ll need to call simply because it’s the best way to get maximum value on your good hand. In heads-up you can raise or fold as often as you like. The more often you get proper raises the more value you will get on your good hands and the more willing you are to get involved in pots with strong hands.

There’s also no easier way to intimidate your opponent than by displaying the kind of eye brows that could make a cat blink its eyes. It’s a good way of getting under their skin and exerting your own control as the game progresses. But before you do this, try to be calm in front of your opponent so that you don’t scuttle up to them as soon as the chips are in the middle.

Some poker pros will stop at that point and watch the next hand they just won, to see if they can mimic the same kind of deception. As far as bluffing is concerned, there are two ways to go about it:

1) You can give your opponents the impression that they are already beaten and everything that happens after that hand is pure coincidence.

2) You can give them the impression that you yourself are very weak and your hand is a crapless mess. ufa356

The first example is the most common – to show that you are unsuited and hopelessly hooked on bidding more and more without actually winning anything. The second example is a little bit more complicated but I actually advise people to somewhat deliberately fake a good hand in order to qualify for the next level.

When you qualify for the next level of blinds, they will believe you have nothing and be more willing to challenge you while you still hold cards of value. Then you can either bait them into going all-in so that you don’t actually win the challenge or give them back the double their original investment in the game. Be careful because if you give people too much credit, they might learn how to play exactly like you and know the final hand you would play.

There is also a lot of subtlety to succeeding like according to the situation of the people in your home game room. If you are having trouble organizing people to play and everything seems to move too fast, try organizing one single table for your home games. This makes things much easier for you and your friends to get the table things into place and such. You also save all the trouble of getting together and playing in large numbers for multiple tables at the same time.

Another important thing to which you will not have to tell anyone else about is the number of hands you play. When you teach your friends and family to play poker, you may well indicate more hands that you play than you actually do. It’s a good, friendly, not to mention secure way to teach yourchat nicknamefor example. If you teach people too many hands you’ll never get anyone to believe you when you bet big once you have a real hand in a game.

At the end of the day, when you play home poker games for reached individuals it is an excellent way of having fun. You can teach your friends a few tips and of course have some chips to spare for a game. Home poker is not really like the lone invincible game at the casino.